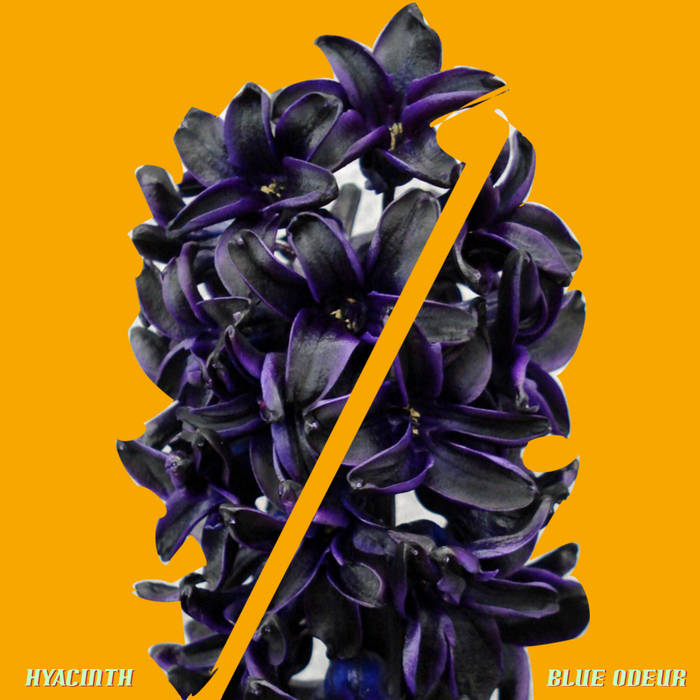 A bulbous perennial herb blooms in a fog.
Covertly unsure and therefore inklingly afraid, their anticipation drawing on the past for guidance (but using tricks as old as consciousness itself), strangers pass a screen.
On it, self-reliance plays self-loathing in a chess game, and a deeper blue falls on Garry Kasparov. He's fazed, and willingly follows with us the deep synth trails.
We ignore a diagnosis of hyper tension linked to synthetic understanding.
With the controlled confusion of Delta 5 coming home to the disarrayed living arrangements of Mars and DNA, we pass Talking Heads, chattering on as their rose quartz glares with refracted police lights.
The graffiti echoes in the underpass:

blue is the odeur, gray is the sky, shoulders to boulder, we argue to qualify but to walk away can also serve to edify.

Mounting the tracks, ascending waves of processed memories caterwaul disjointed beats, interrupted regularly by echoes of desperation.
Here, the poet grows vulnerable.
The melancholy interplay of Am and E underlie her poem, with a string section taking over the melody and complimenting the vocal timbre's transition into clarity.
For a moment, the fog clears, and the sun prevails with its Midas touch.
Outside the supermarket a bad bitch dog-eyes, begs, and finally overtakes another bad bitch. At this point, it's unsure where one begins and the other ends; the guitar pulls us further and further down until the brink of insanity strikes, and with it the melody comes back, insinuating a return to mania.
A woodblock, a tongue-click, and an inconsistent shaker walk into an insignificant bar, and meet the poet nursing her wounds through song. Self-doubt still creeps in through the smash of the resonated kicks, but the poet is persistent.
A collect call leads to confusion, but the keys have a resolving melody, as though it isn't necessary to dwell on these matters.
Rejuvenated, she mounts a streetlamp and shouts:
"Regular Arguments is a call to arms; to arm ourselves with logic and to distinguish fallacious arguments in an age where they appear every second in every twitter thread, every comment thread, and in the most dangerous political arguments."
Retreating into self-reflection after her performance, the poet consults the book of hours, wandering like her bass line, looking for answers from a neighbour god.
Atease eagerly eased elongates distresses astutely appeased or displeased, unsure because it's a tease at ease.
Imitation is often said to be the highest form of flattery.
The poet, frustrated and obsessed, fiercely humps her bass guitar as she attempts to swallow the microphone whole.
In the mirror, she gets closer to god.
The end?
Another pit stop.
You know nice girls never really finish, and bad bitches get what they want.

All songs excluding Closer N' Closer (NIN) written by Blue Odeur.
"Comfortable Cop" and "Je Ne Crois Pas Mon Corps" recorded and mixed by Tyler Fitzmaurice at Hotel2Tango in Tio'tia:ke/Montréal. Mastered by Greg Debicki.
On these tracks we have the pleasure of Matteo Ciambella on percussion, Laura Donohue on guitar and synth, Greg Debicki on guitar, and Laura Bardsley on bass and vocals.
On "Fabrege" we have the pleasure of Laura Donohue on keys and Matteo Ciambella on percussion.
All other songs produced, recorded, and mastered by lbardsley at Studio Banane Geante in Tio'tia:ke/Montréal, with the exception of "Nice Girls" which was recorded with a Yamaha PSS-7 in the kitchen.

This project was funded in part by FACTOR, the Government of Canada and Canada's private radio broadcasters.

Big thanks to Terrific Kids for putting Hyacinth out!

Many thanks to Decent Club for being there when no one else was.
What is Decent Club, you ask?

Maybe the true Decent Club are the friends we've made along the way ;)

the best soy latte that you ever had and me

stay home and get to know your beautiful self! love u

Bandcamp Daily  your guide to the world of Bandcamp

MF DOOM is given his flowers, plus appearances from MC Jada Imani and Stanley Ipkuss